10 Best Steakhouses In The World

When you hear the term steakhouse, immediately you’ll think of either the US or Europe. However, these are not the only places to rear cattle and consume steak. Wagyu and Kobe, which are considered the best beef cuts in the world, originate from Japan. Moreover, places like Portugal and Argentina deserve special mention.

The grass-fed cattle of a particular region will have an exquisite flavor specific to that specific region. Having said that, a juicy cut of steak is the go-to option for a majority of meat lovers. We have curated this list of the 10 Best Steakhouses In The World, which should be on your bucket list if steak is one of your favorite foods.

Among the best steakhouses in the world, Goodman is originally from New York. Goodman opened the London branch in 2008, and the franchise has expanded to three more locations ever since.

The restaurant has been awarded a Michelin Star and is loved by its patrons because of its leather and wood accents mimicking a New York vibe. Customers get the option to choose from Spain, UK, or US cuts. The restaurant ages its meat on-site and takes pride in its rib eye. 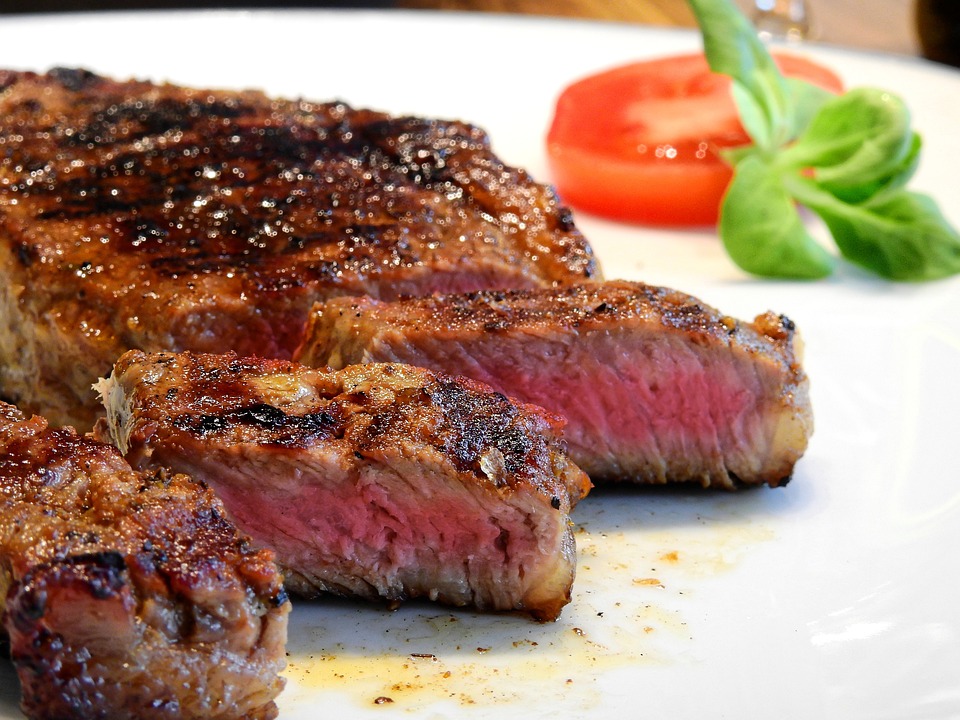 Mancy’s Steakhouse in Toledo, Ohio, is one of the legendary establishments. The steakhouse was established in 1921 and, if the locals are to be believed, continues to be packed since day 1, even on a weekday. It’s advised to check the Toledo weather radar before heading out there since you might have to wait a bit to get in.

Best to pick a day when the weather in Toledo is pleasant, and the wait outside will only increase the anticipation of what’s for you on the inside, not force you to retreat someplace else. Mancy’s steakhouse serves up USDA Certified Angus, and Angus Prime Steaks that are aged and butchered on-site. Regulars also swear by the seafood served here, especially Alaskan King Crab and Australian Lobster. 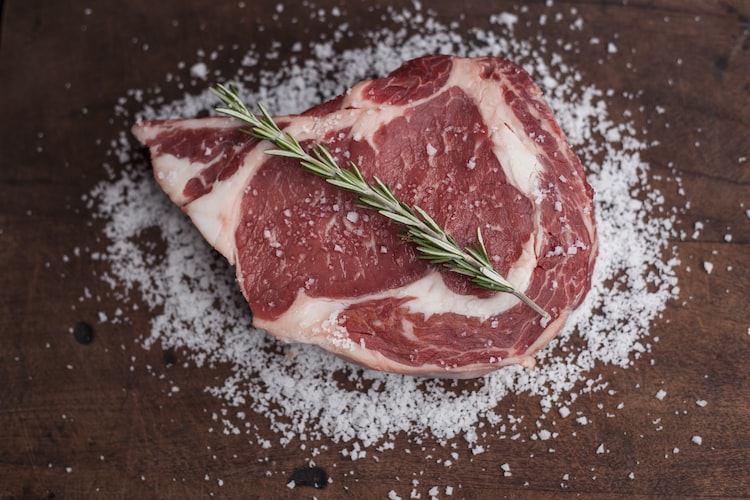 Wolfgang Puck needs no introduction. The Austrian-born American celebrity chef and restaurateur opened his first Asian restaurant called CUT in Marina Bay Sands, Singapore, in 2010. Ever since the CUT empire has expanded globally, but the Singapore branch continues to be the best.

Patrons can enjoy the world-class Kobe, 300-day grain-fed Angus, or A5 Wagyu. The specialty of this establishment is the array of in-house sauces and an extensive wine collection that goes well with any prime cut of steak. 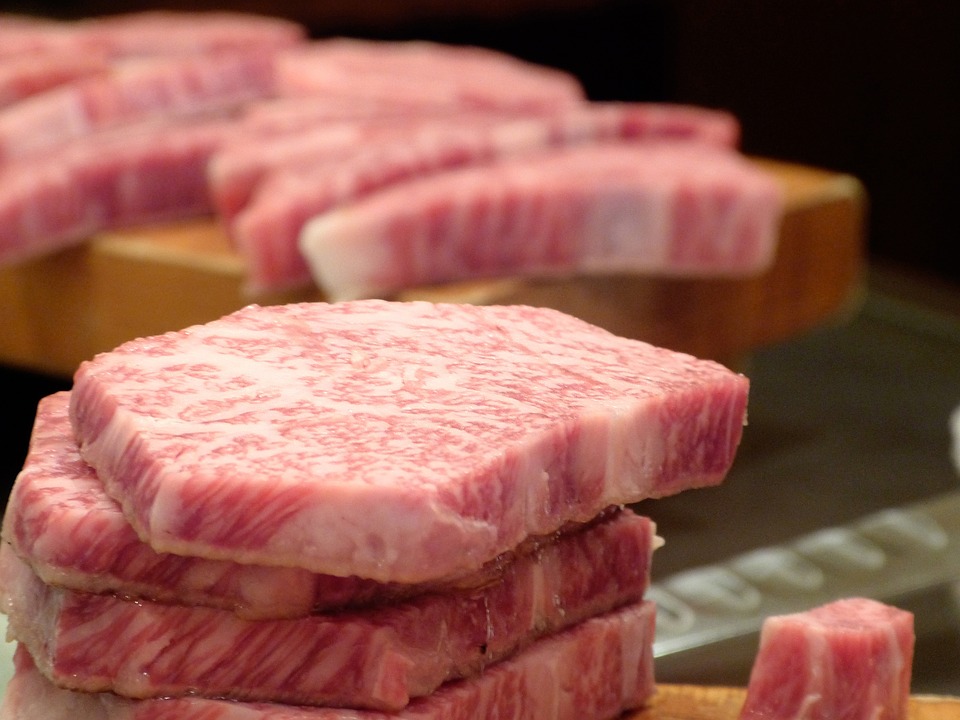 Aragawa in Tokyo is one of the most expensive steakhouses in the world. The Michelin-starred restaurant is known for its chef – Yamada Jiro, who serves only the best Kobe beef in the world.

The USP of this restaurant is that it raises its herd of pure-bred Tajima cattle since its opening in 1967. The excellent quality control and the choicest pick of the pack being served make Aragawa a luxury dining option.

Dusseldorf to Munich With A Train

Dresden to Munich With A Train

Nuremberg to Munich With A Train

Bonn to Munich With A Train 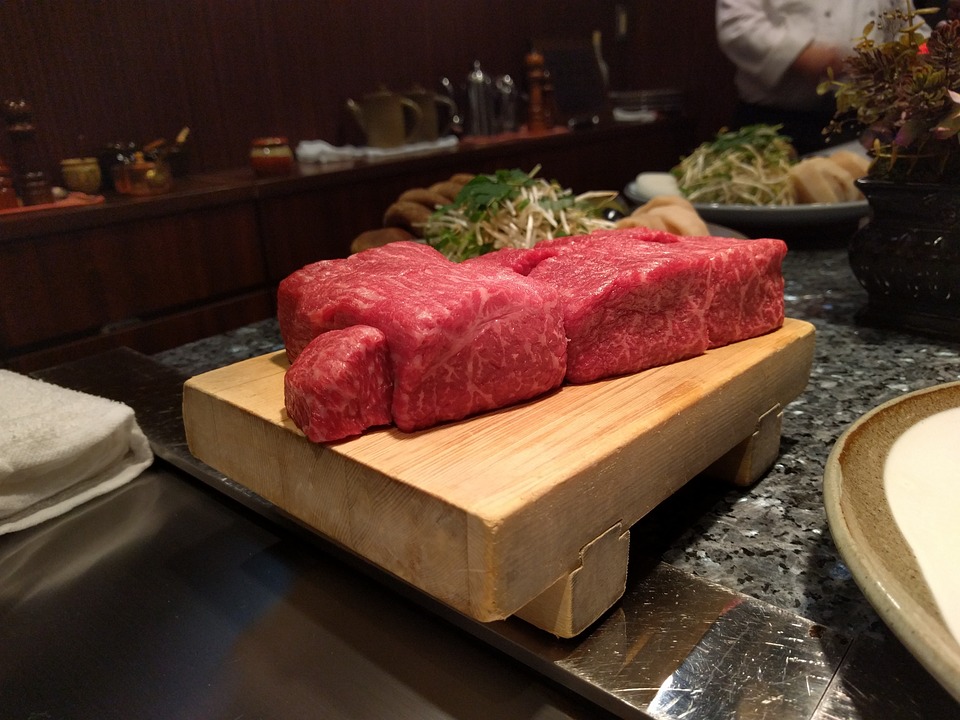 This family-run business takes pride in its USDA prime beef certification. They import the best of meat from the midwest and dry age it on the premises. This one Michelin-starred restaurant is also the oldest, having been established in 1887.

The place is considered an icon of the New York City dining scene and a rite of passage by many. The Porterhouse steak, dry-aged on premises for 28 days, is a recommended dish with a side of German fried potatoes and in-house sauces.

Run by Paolo Mugnai in Tuscany, the Antica Osteria opened its doors in 2007 and has a rustic, old-world feel for a premium dining experience. The restaurant is known for its Bistecca Alla Fiorentina, an Italian steak made of veal or heifer and a crucial dish in Tuscan cuisine.

The highlight of the dining experience in Antica Osteria is the chef preparing the bone-in meat right in front of you using nothing but Tuscan olive oil and a bit of sea salt.

In Chicago, the Gibsons Bar and Steakhouse pride themselves in being the first restaurant chain in the country to receive their own USDA certification for Prime Angus beef.

The restaurant is known for its Black Angus cattle, corn-fed for 120 days and then dry-aged on the premises for 40 days. Locals here in Chicago swear by the WR’s Chicago cut meat, double-baked potatoes on the side, and the famous Gibsons seasoning salt.

The Grillhouse in Johannesburg is considered the best steakhouse in South Africa. The New York-style grill house is known for serving world-class spice-crusted fillet and excellent ribs accompanied by premium single malts and local wines.

This place is famous for its slow-roasted prime rib, which is roasted on low flame from anywhere between nine to 12 hours. Other specialties of the place include T-bone and rump. What sets this restaurant apart is premium ​​South African beef steaks along with excellent service staff. 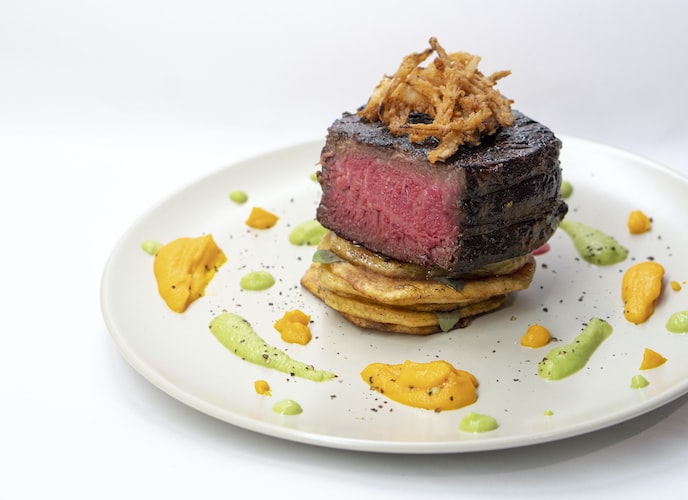 As we mentioned in the intro, Argentina is one of the best regions to produce tender and juicy beef with region-specific flavor. La Cabana is one of the most celebrated restaurants in Buenos Aires, located in the city’s poshest location.

The restaurant serves steaks for breakfast, lunch, and dinner. Some easy recommendations include their T-bone steak, baby beef, prime rib, and thin strip ribs. The restaurant also offers an extensive collection of local fine wine to go with your steak.

El Capricho in Leon, Spain, is considered a pilgrimage by meat-lovers since it’s entirely off the beaten tracks, away from the most popular tourist attractions in Spain. Located in Leon, El Capricho is run by Jose Gordon, a restaurateur, chef, and farmer.

The restaurant is known for its meat reared from oxen and old cows from the Iberian peninsula between the age of seven to thirteen years. Once slaughtered, the beef is dry-aged for 160 days, which is much higher than the norm. Patrons can enjoy T-bones, entrecote, or sirloin grilled to perfection on an open fire grill, paired with a glass of excellent local wine.

This concludes our list of the world’s top 10 best steakhouses. If you consider yourself a steak lover, every single one of these should be on your bucket list.

Dijon to Provence With A  Train

Here at Save A Train, we will be happy to help you plan a foodie trip to the 10 Best Steakhouses In The World.

Do you want to embed our blog post “10 Best Steakhouses In The World” onto your site? You can either take our photos and text and give us credit with a link to this blog post. Or click here: https://iframely.com/embed/https%3A%2F%2Fwww.saveatrain.com%2Fblog%2Fen%2Fbest-steakhouses-world%2F– (Scroll down a little to see the Embed Code)

A part-time traveler and explorer who loves to share her experience in her writing. I believe in expressing my views firmly and standing by my actions - You can click here to Contact Rebecca

Why Train Ride Is The Best Way To See Italy