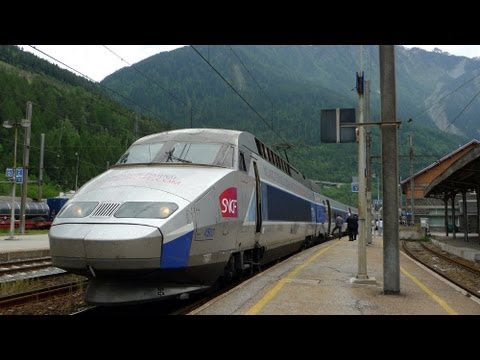 Nice (, NEESS; French pronunciation: ​[nis]; Niçard Occitan: Niça, classical norm, or Nissa, nonstandard, pronounced [ˈnisa]; Italian: Nizza [ˈnittsa]; Greek: Νίκαια; Latin: Nicaea) is the seventh most populous urban area in France and the capital of the Alpes-Maritimes department. The metropolitan area of Nice extends beyond the administrative city limits, with a population of about 1 million on an area of 721 km2 (278 sq mi). Located in the French Riviera, on the south east coast of France on the Mediterranean Sea, at the foot of the Alps, Nice is the second-largest French city on the Mediterranean coast and the second-largest city in the Provence-Alpes-Côte d'Azur region after Marseille. Nice is approximately 13 kilometres (8.1 mi) from the principality of Monaco and 30 kilometres (19 mi) from the French-Italian border. Nice's airport serves as a gateway to the region. The city is nicknamed Nice la Belle (Nissa La Bella in Niçard), which means Nice the Beautiful, which is also the title of the unofficial anthem of Nice, written by Menica Rondelly in 1912.

Other Train Trips From Nice Ville:

To travel from Nice Ville to Milan , trains would be the best travel choice, for several reasons:
1. Eco-Friendly - Trains are the most environmentally-friendly way of transport according to the EU Environment agency.
2. Speed - Traveling by train is in most cases the fastest way to get from Nice Ville to Milan .
3. Safety - When you decide to travel, you want to know you will get safely to your destination, so why not choose the most safest way to travel, which according to the recent data, trains are the safest mode of transportation.
4. Price - When you compare the price of trains for flights there are several key variables:
A. Calculate the time you need to arrive before your flight to the airport, time equals money.
B. The money it costs you to commute to the airport.
C. The amount of time you waste from when you land at your destination by air until you actually leaves the airport, which again translates, to money.
D. Traveling back to the destination city, this costs you both time and money.
* Trains always costs you less when you train travel Nice Ville to Milan so remember to calculate everything.
5. Luggage - When you travel by train you do not need to pay for extra luggage.
6. Time - The moment you step on the train that is normally in the middle of the city, you start your travel and you can start enjoying nature, and you don't have to buckle up.
7. Comfortability - This is correct both for air travel and bus travel, but trains are very comfortable mode of transportation.
8. Sleep - On trains you can sleep while you travel, this is also correct for traveling by Bus, but then bus travel is 2.5 slower than trains
9. WIFI - This is not necessarily the most important when you travel since we prefer to tell you to enjoy your travel without your phones, but on trains, you can find WIFI onboard, so you remain connected to the internet if you choose to.