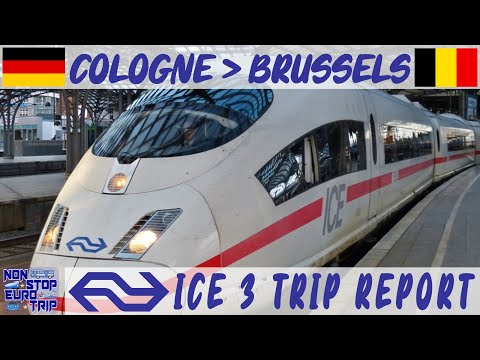 More Important Information About Your Travel to Brussels

It is also part of a large conurbation extending towards Ghent, Antwerp, Leuven and Walloon Brabant, home to over 5 million people.Brussels grew from a small rural settlement on the river Senne to become an important city-region in EuropeSince the end of the Second World War, it has been a major centre for international politics and home to numerous international organisations, politicians, diplomats and civil servants. Brussels is the de facto capital of the European Union, as it hosts a number of principal EU institutions, including its administrative-legislative, executive-political, and legislative branches (though the judicial branch is located in Luxembourg, and the European Parliament meets for a minority of the year in Strasbourg). Its name is sometimes used metonymically to describe the EU and its institutions. The secretariat of the Benelux and headquarters of NATO are also located in Brussels.

As the economic capital of Belgium and one of the top financial centres of Western Europe with Euronext Brussels, it is classified as an Alpha global cityBrussels is a hub for rail, road and air traffic, sometimes earning the moniker "Crossroads of Europe". The Brussels Metro is the only rapid transit system in Belgium. In addition, both its airport and railway stations are the largest and busiest in the country.Historically Dutch-speaking, Brussels saw a language shift to French from the late 19th century. The Brussels-Capital Region is officially bilingual in French and Dutch, even though French is now the de facto main language with over 90% of the population speaking it.

The city is located in the eastern part of Austria and is close to the borders of Czechia, Slovakia and HungaryThese regions work together in a European Centrope border region. Along with nearby Bratislava, Vienna forms a metropolitan region with 3 million inhabitants. In 2001, the city centre was designated a UNESCO World Heritage Site. In July 2017 it was moved to the list of World Heritage in Danger.

Additionally to being known as the "City of Music" due to its musical legacy, Vienna is also said to be the "City of Dreams", because of it being home to the world's first psychoanalyst Sigmund FreudVienna's ancestral roots lie in early Celtic and Roman settlements that transformed into a Medieval and Baroque city. It is well known for having played a pivotal role as a leading European music centre, from the age of Viennese Classicism through the early part of the 20th century. The historic centre of Vienna is rich in architectural ensembles, including Baroque palaces and gardens, and the late-19th-century Ringstraße lined with grand buildings, monuments and parks.Vienna is known for its high quality of life. In a 2005 study of 127 world cities, the Economist Intelligence Unit ranked the city first (in a tie with Vancouver and San Francisco) for the world's most liveable cities.

Between 2011 and 2015, Vienna was ranked second, behind MelbourneIn 2018, it replaced Melbourne as the number one spot and continued as the first in 2019. For ten consecutive years (2009–2019), the human-resource-consulting firm Mercer ranked Vienna first in its annual "Quality of Living" survey of hundreds of cities around the world. Monocle's 2015 "Quality of Life Survey" ranked Vienna second on a list of the top 25 cities in the world "to make a base within." The UN-Habitat classified Vienna as the most prosperous city in the world in 2012/2013. The city was ranked 1st globally for its culture of innovation in 2007 and 2008, and sixth globally (out of 256 cities) in the 2014 Innovation Cities Index, which analyzed 162 indicators in covering three areas: culture, infrastructure, and markets.