A new train line has launched, covering Azerbaijan, Turkey, and Georgia. The line covers over 820 Kilometers and accommodates freights in addition to passenger trains. Firstly, the line will be the first to connect Europe and China whilst bypassing Russia. The train will operate from Azerbaijan’s capital  Baku and the Georgian capital Tbilisi to the city of Kars in Turley. Furthermore, It will reduce the journey time between European railroad infrastructure and China rail. The presidents of Azerbaijan, Turkey, and Georgia, as well as European Union representatives, attended the opening of the new train line.

Firstly, the train line was originally planned to launch in 2010 and then in 2012. However, due to the line not passing through Armenia, both the US and the EU did not financially contribute and this caused a delay. In addition, the line goes through countries that previously had their borders closed to each other (dating back to the Soviet Union).

Secondly, the line which is named the ‘Eurasian Bridge’, will connect the economies of the countries it passes through. Chinese goods are transported from China to Europe on this line in as little as 12 days. Furthermore, the train will transport 5 million tons of cargo per year with this number expected to jump to 17 million over time. Additionally, this will make the port of Alat in Azerbaijan the largest in the Caspian Sea region. Azerbaijan has not disclosed the full cost of the line however it is known that they lent Georgia $775 to finance the Georgian part of the line.

Kazakhstan has now established itself as the new ‘Silk Road’ with its increased freight activity between Europe and China. Historically Kazakhstan served as a connecting state for Europe, Asia, and India. The reason Kazakhstan freight activity has been resurgent is that it cuts the distance of Europe to Asia by 10,000 kilometers. Furthermore, Kazakhstan has spent over $3 billion on its railway lines. This includes $250 million spent on the Khorgos Gateway. This gateway allows Chinese trains to transfer their goods to European trains avoiding the need to change lines.

Quotes regarding the new train line

The opening of the Baku-Tbilisi-Kars railway is a major step in transport interconnections linking the European Union, Turkey, Georgia, Azerbaijan, and Central Asia … along the ancient Silk Road,

Since you are already here, why not take 3 minutes to find the best train ticket for your next journey? Wherever you are planning to travel in Europe we can help you find tickets. Whether you are looking to see the Alps of Switzerland and Italy or perhaps visit countries like Belgium and Hungary we’ve got you covered. Book your train tickets now. Pay for tickets using all most known payment methods


Do you want to embed our blog post on your site, then click here: https://iframely.com/embed/https%3A%2F%2Fwww.saveatrain.com%2Fblog%2Fnew-train-links-asia-europe%2F – (Scroll down to see the Embed Code) 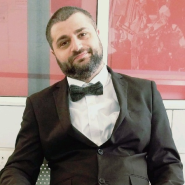 I work with creative, online entrepreneurs to develop brand messaging and content that tells your story to the right people. The way I do it is by writing, well-written, engaging and audience-centric content, or at least that is what I think :) - You can click here to contact me Why Train Tripping Is Better Than Road Tripping